A car is traveling from city P to city Q, which is 350km apart. The line 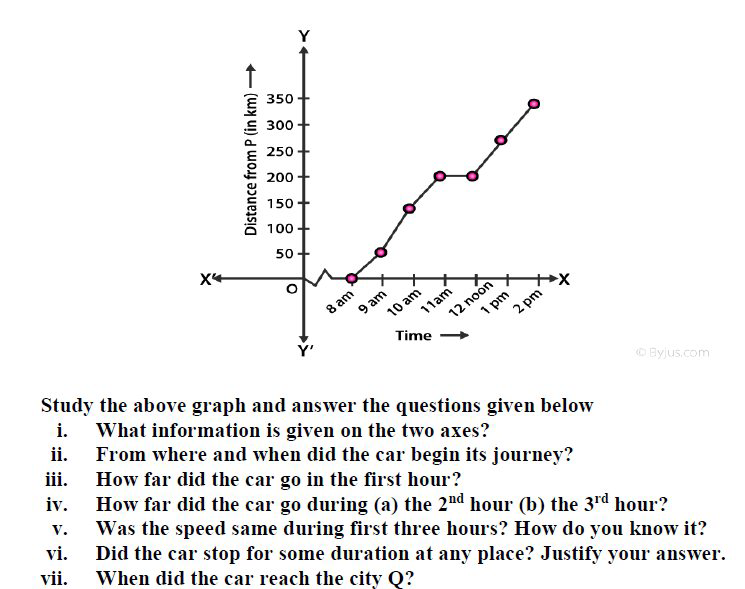 iii. The car covered a distance of 50km in the 1st hour.

iv. The car covered a distance of

v. No, the speed was not the same, because the distance covered per hour is not uniform.

indicated by the horizontal line segment during this period.

Related Questions
The following table depicts the maximum temperature on the seven days of aparticular week. Study the...
Consider the following input/output table. Draw a line graph for it.
The table given below depicts the annual gross profit of a company for aperiod of 5years.study the t...
Ajanta starts off from home at 7 a.m. with her father on a scooter that goes ata uniform speed of 30...
The following table shows the percentage of students who dropped out ofschool after completing high ...
The following chart gives the growth in height in terms of the percentage of fullheight of boys and ...
Share